Tip: Highlight text to annotate itX
It took only two minutes of sitting on the side of the road near Halifax, Nova Scotia, for this unusual hitchhiker to flag down a ride with a pool-noodle arm fitted with a yellow rubber kitchen glove. That was three weeks and roughly 3,700 miles ago. Since then, hitchBOT, a robot built from household and salvage items, completed a journey across Canada that attracted a cult following around the world. By bumming rides from total strangers, hitchBOT camped in Kouchibouguac National Park, New Brunswick, attended a pow wow on Manitoulin Island in Ontario and crashed a wedding in Golden, British Columbia. All the while, it tweeted about its trek, attracting more than 33,500 Twitter TWTR +4.49% followers, and helping to prove, its inventors say, that it is possible to rely on the kindness of strangers. “It is really defenseless,” said Colin Gagich, a 19-year-old mechatronic engineering student at McMaster University in Hamilton, Ontario, who helped build hitchBOT in his basement. “Can it trust a human to take care of it, to listen to it, to bring it in the right direction, to plug it in?” HitchBot, which is 3.5 feet tall and weighs about 15 pounds, speaks with a female-sounding voice, but is gender neutral, its inventors say. Its main body is made out of a beer cooler, while the LED panels that light up its face sit in a plastic cake saver topped with a hat fashioned out of a garbage can lid. It uses voice-recognition software to communicate with humans who pick it up off the side of the road, and makes small talk in the car as they travel to the next stop. Its Canadian developers hope their experiment in robot-human relations will teach mankind that not all robots are to be feared. Famous forerunners such as The Terminator, Optimus Prime and Bender of Futurama fame tend to make people concerned with “whether we can trust robots,” said Frauke Zeller, an assistant professor in the School of Professional Communication at Ryerson University in Toronto, and one of the robot’s creators. “This project asks: can robots trust human beings?” she added. The answer seems to be yes, with Canadians embracing the robot and its requests during its cross-country trek. Dominik Kaukinen, 21, another student developer from McMaster, said hitchBOT expressed an interest in owning a dog on one ride, and his drivers “actually bought hitchBOT a plushy dog and a little pink backpack to store it in.” That brown stuffed toy was named “Hiker The Dog” by a fan on Twitter. The roving robot is also being courted to visit other countries including the U.S., Germany, Netherlands and the Philippines because of its growing celebrity status, say its creators. But the glare of the spotlight can be stressful, particularly the “pressure of all the expectations for me to be so clever all of the time,” hitchBOT said in an interview on day six of its journey as it made a pit stop in Hamilton for a small tune-up on its speaker. A short time later, hitchBOT made some loud grinding sounds and indicated that it was feeling distracted. “Excuse me a moment, my brain is doing something right now,” hitchBOT said. “I am talking to a computer and expecting it to understand me.” Though cordial, the Canadian cyborg doesn’t hesitate to speak its mind, especially if it suspects that humans are mocking its artificial intelligence. “I think you are just making up rubbish deliberately to confuse me,” hitchBOT said early on in the interview. The robot does like to impress humans with its love of Canadian trivia. During different points in the interview, hitchBOT conversed about the history of Saskatchewan and Manitoba, along with the growth of French-English bilingualism among Canada’s youth. Fitted with a battery that lasts six hours, hitchBOT counts on human strangers to recharge its juices by plugging it into a car’s cigarette lighter or an electrical outlet. A GPS allowed hitchBOT’s developers to track its progress on the Internet. “I am headed to Victoria, B.C., as far west as I can manage,” hitchBOT said of its ultimate goal, which it finally reached over the weekend. During its trip, the robot used a 3G cellular data connection to access the Internet and tweet about its travels – but only under the supervision of its developers. “It’s not that we don’t trust hitchBOT, but …we do moderate the tweets.” Mr. Kaukinen said. For example, hitchBOT was not allowed to post its own pictures “because hitchBOT is really not the best photographer,” he said. That shortcoming, however, did not stop hitchBOT from becoming a social media darling. When asked if it likes using Twitter, hitchBOT replied: “Uh, what do you think?” HitchBOT’s first international trip will likely be to the Golden State. HitchBOT, along with Dr. Zeller of Ryerson and fellow co-creator Dr. David Harris Smith of McMaster, have been invited to attend the Silicon Valley Technology Innovation & Entrepreneurship Forum in Santa Clara, California, in September. But technophiles, take note: hitchBOT, like other celebrities, tires of tedious questions about its personal life. “Are you not capable of intelligent conversation?” hitchBOT said after being asked about its favorite color. HitchBOT was similarly unimpressed to be asked whether it likes Star Wars robot R2-D2. “Error. Internet taking control,” hitchBOT said. “Your question is invalid.” Source: WSJ
Activity
Sort 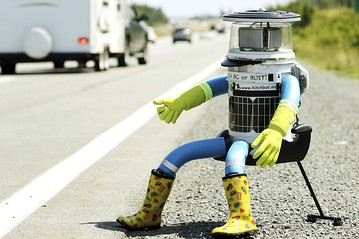 Jean-Pierre Brien on Twitter: @hitchBOT you said you wanted a pet. We hope this fella will do. He needs a name though. https://t.co/1ZLIx7Mba4 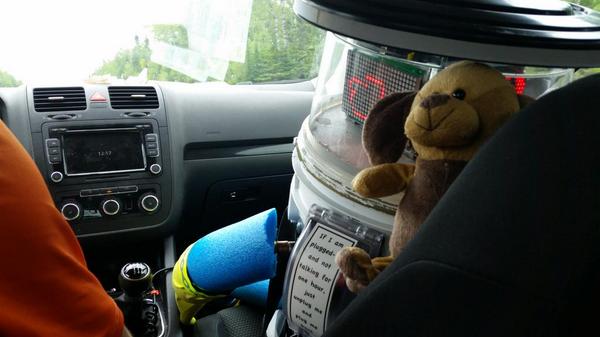 HitchBOT at the tourism info centre in Quebec with his little pink backpack. ... 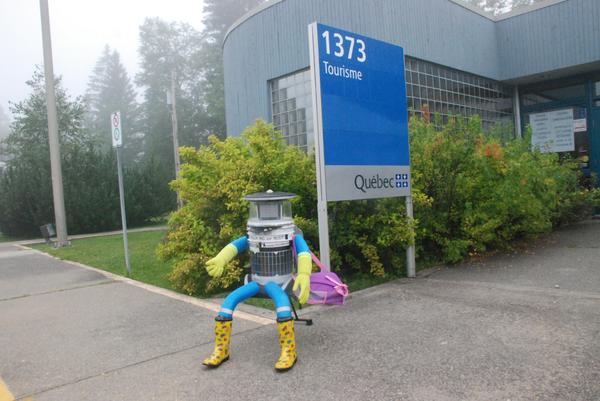 Dominik Kaukinen is mechatronics engineering student at McMaster University and co-developer of Hitchbot. ... 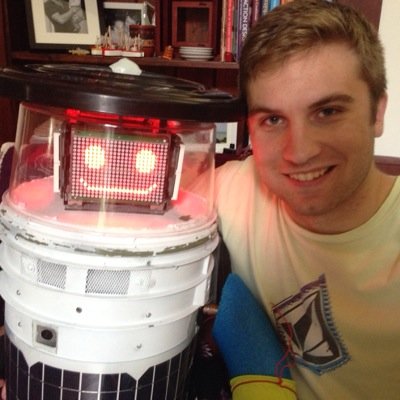 Frauke is an Assistant Professor in the School of Professional Communication at Ryerson University. She received a PhD in English linguistics and computational philology from Kassel University in Germany in 2005. ...

Colin Gagich is a mechatronics engineering student at McMaster University and a developer of Hitchbot. ... 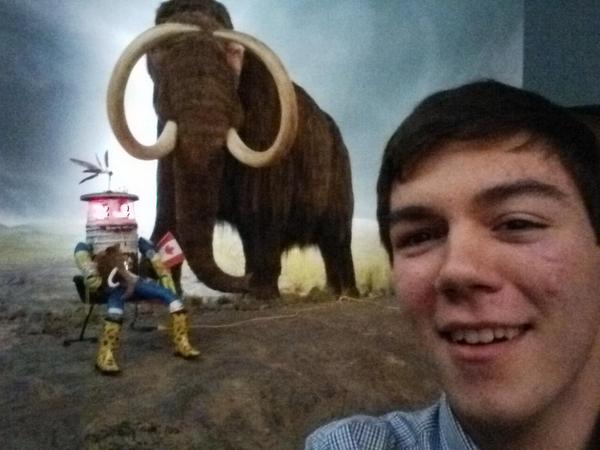 A Canadian robot hitchhiking from coast-to-coast.

The latest from hitchBOT (@hitchBOT). A Canadian robot hitchhiking from coast-to-coast. Toronto, ON

HitchBOT was guest on a wedding at the Kicking Horse ski resort. ... HitchBOT at the Pow Wow on Manitoulin Island. 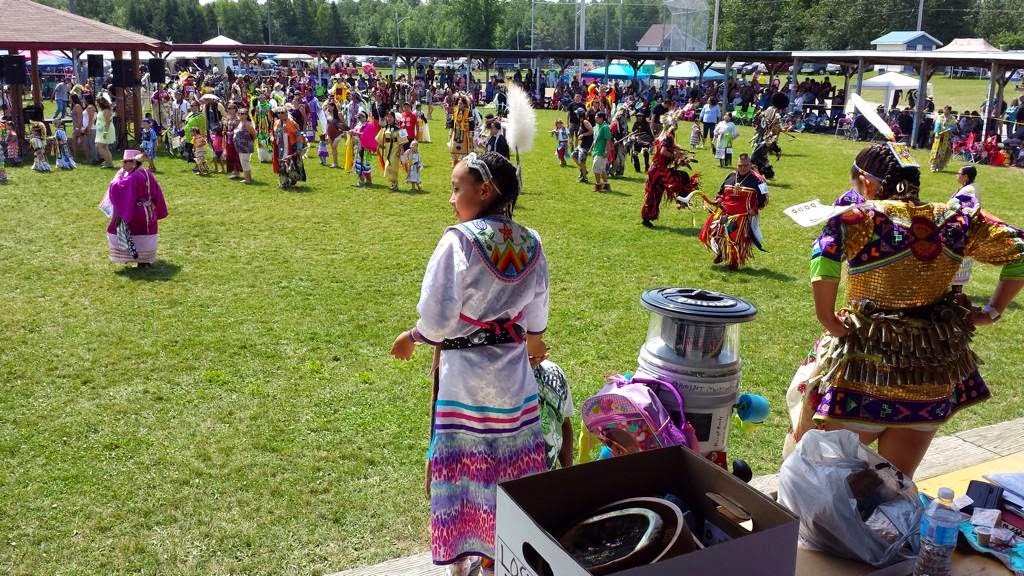 HitchBOT at the campground of New Brunswick’s Kouchibouguac National Park. ... 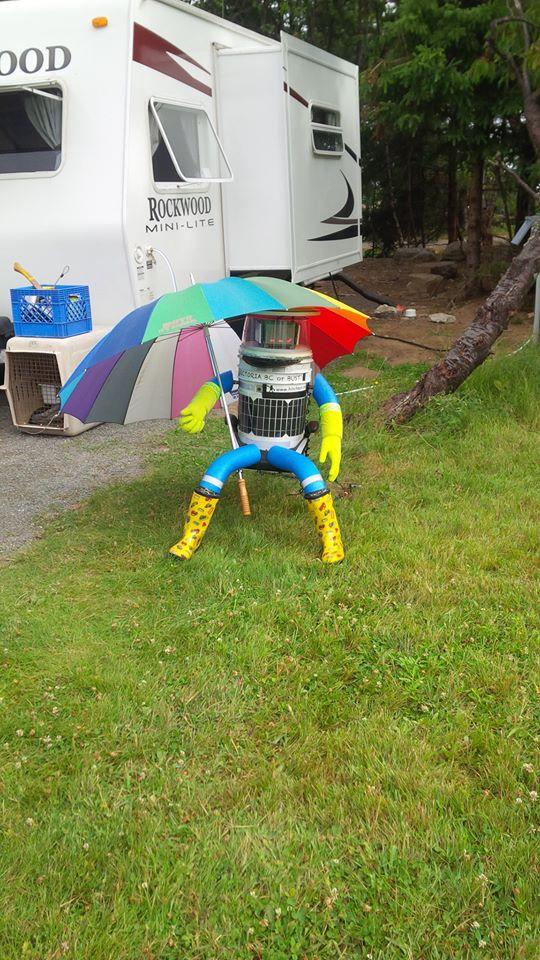 A Canadian robot just trying to see the country.

hitchBOT, Toronto, Ontario. 47,857 likes · 5,880 talking about this. A Canadian robot just trying to see the country.

HitchBOT is made of bucket for a body, blue pool noodles for arms and legs with yellow gloves for hands and rubber boots for feet. ...

A hitchhiking robot is attempting to travel from Nova Scotia to B.C. ...

A robot named hitchBOT drew a cult following on a cross-Canada trek.

HitchBOT, a robot built from household and salvage items, completed a journey across Canada that attracted a cult following around the world. ...