Tip: Highlight text to annotate itX
The Ebola outbreak in West Africa is accelerating and could grow six times larger to infect as many as 20,000 people, the World Health Organization said Thursday. The U.N. health agency unveiled a new road map for containing the virus, and scientists were fast-tracking efforts to find a treatment or vaccine. Ebola has menaced Africa for 40 years, but previously struck in remote villages and was contained fairly quickly. This time, it has spread to major cities in four countries, provoking unrest as whole neighborhoods and towns have been sealed to the outside. The outbreak has now killed at least 1,552 people among 3,069 reported cases in Liberia, Sierra Leone, Guinea, and Nigeria, and the real caseload in urban areas could be two to four times higher. Meanwhile, an entirely separate Ebola outbreak has killed 13 of 42 people sickened in a remote area of Congo, in Central Africa, the agency said. With about a 50 percent mortality rate among those known to be infected, the overall death toll could reach 10,000 in the worst-case scenario. "I think that's completely unacceptable," said the agency's emergency operations director, physician Bruce Aylward. The WHO's new plan would cost $489 million to support 750 international health workers and 12,000 national ones. It aims to: Stop Ebola transmission in affected countries within six to nine months. Prevent the spread of any new infections within eight weeks of a case's being identified anywhere in the world. Improve the public health responses to Ebola in any nation with major transportation hubs or borders shared with affected countries. The U.N. agency's announcement was immediately criticized by Doctors Without Borders, a medical charity running many of the treatment centers in West Africa. "The WHO road map is welcome, but it should not give a false sense of hope. A plan needs to be acted upon. Huge questions remain," the charity's operations director, Bruce de le Vingne, said in a statement. "States with the capacity to help have the responsibility to mobilize resources to the affected countries, rather than watching from the sidelines with a naive hope that the situation will improve." Containment is key, but it has to be done carefully, in ways that don't cause panic or hamper the response, the agency said. The WHO has supported the quarantine of sick people and said cordoning off entire neighborhoods could be useful, as long as civil rights are respected. But it has called on airlines to resume flights to affected countries, since Ebola is unlikely to spread through air travel. Ebola and the measures used to control it are making it harder for some of the world's poorest people to feed themselves and seek medical care. Many thousands of people have been cut off from markets; food prices have soared, and farmers are separated from their fields. People now fearing hospitals are going without treatment for other diseases, like malaria. The World Food Program says it needs $70 million immediately to help feed 1.3 million people in Guinea, Liberia, and Sierra Leone in the coming months.
Activity
Sort

WFP is the world's largest humanitarian agency fighting hunger worldwide. The United Nations World Food Programme is scaling up its operations to provide food to around 1 millionpeople living in restricted access areas in Guinea, Liberia, and Sierra Leone. ...

The WHO Roadmap, published in 2011, is a comprehensive plan of control, elimination and eradication targets for 17 NTDs to be reached between 2012-2020. This document is the culmination of nearly eight years of global discussions that have reshaped the international consciousness that investment in areas outside of the “big three” diseases (malaria, HIV/AIDS and TB) can have major impact of global disease burden and morbidity. ...

Doctors Without Borders/Médecins Sans Frontières (MSF) is an international humanitarian-aid non-governmental organization. Right now it is doing all it can to fight the Ebola outbreak in Monrovia, Liberia, including rapid scaling up of it. ...

MSF USA | Medical aid where it is needed most. Independent. Neutral. Impartial.

Médecins Sans Frontières/Doctors Without Borders (MSF) treats people where the need is greatest. We are an international medical humanitarian organisation. We help people threatened by violence, neglect, natural disasters, epidemics and health emergencies.

Ebola hemorrhagic fever or Ebola virus. The 2014 Ebola outbreak is one of the largest Ebola outbreaks in history and the first in West Africa. ... 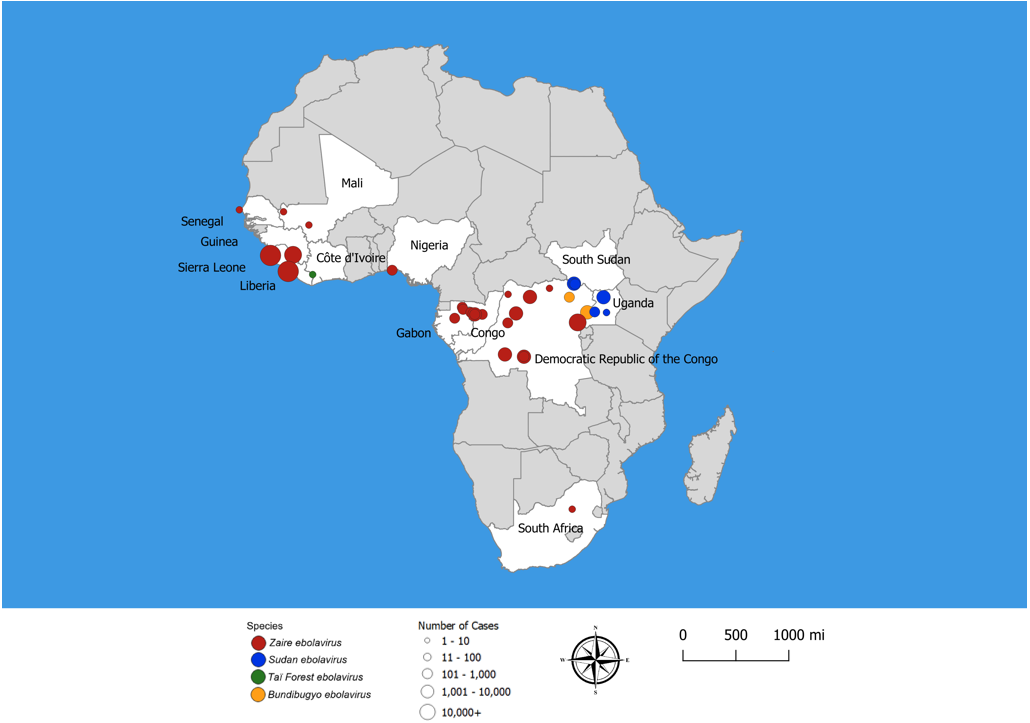 Ebola virus was first isolated in 1976 during outbreaks of Ebola hemorrhagic fever in the Democratic Republic of the Congo (then Zaire) and Southern Sudan. Cases of Ebola Hemorrhagic Fever in Africa, 1976 - 2014 ...

Refer to World Health Organization (WHO). WHO is the directing and coordinating authority for health within the United Nations system. ...

The Ebola outbreak in West Africa is accelerating and could grow six times larger to infect as many as 20,000 people, the World Health Organization said Thursday. The U.N. health agency unveiled a new road map for containing the virus, and scientists were fast-tracking efforts to find a treatment or vaccine. ...