Tip: Highlight text to annotate itX
A big night out is usually followed by a fry-up, a cup of tea and painkillers. But a Middle Eastern recipe uncovered in a 10th century cookbook could be all you need to cure a hangover. The 1,000-year-old Iraqi dish involves cooking meat with vegetables and spices, and then adding something known as 'kashk'. Kashk is combination of fermented yoghurt, milk and whey, and is common in Iranian, Turkish, Balkan and Arabic food. It is the main ingredient in this hangover cure found in ancient book, written by Ibn Sayyar al-Warraq, and translated by Nawal Nasrallah in 'Annals of the Caliphs' Kitchens.' It also advises eating snacks between drinks to slow down the effects of alcohol. 'You need to know that drinking cold water first thing in the morning is recommended only for people suffering from…hangovers,' Al-Warraq wrote. 'However, they should avoid drinking it in one big gulp. Rather, they need to have it in several small doses and breathe deeply between one dose and the other.' Historians believe that al-Warraq’s Kitab al-Tabikh, or 'The Cooking Book,' is the oldest cookbook in the Arab world. Al-Warraq says that sips of coldwater should be followed up with Kishkiyya, an ancient meat and chickpea stew. To make Kishkiyya, you cook the meat – usually lamb – with some vegetables and spices such as coriander and cumin. You then let it boil. The Kashk, also known as Kishk, is added and the dish left to simmer and rest on the remaining heat. In the book, Al-Warraq cites an older poem about the dishes ability to cure a hangover. 'The nourishing dish to have when in the gripes of a hangover one craves some food. 'Having eaten it intoxicated one will be all anew and the hangover will itself renew,' the poem stated. 'In 10th Century Iraq, people did not drink alcohol while eating the meal as the custom is today, and even drinking water while eating was discouraged,' Ms Nasrallah told MailOnline. 'The full meal was composed of condiments, fermented and unfermented served with bread, followed by cold dishes, and then the serious stuff - the hot meal.  'Sweets, but not fruits, were encouraged after the meal as they thought that with their hot properties they aid digestion. 'Drinking wines (for those who imbibed it) was done in drinking sessions after the meal. Their physicians believed that it had the power to aid digestion.' Today, Kishkiyya is still cooked in the same way, mostly in northern Iraq and the Levant. Ingredients 3lbs of meat, 1/2 lb of chopped onion, 4 ounces of fresh herbs, a handful of chickpeas, 1 piece of galangal, 1/2 cup of olive oil, seasonal green vegetables, khask (or plain yogurt as a substitute), the juce of unripe sour grapes, 6 grams of cumin, 6 grams cassia, 1 gram cloves, 1 gram spikenard (or other aromatic root-based oil). Cooking Directions Translated from Ibn Sayyar al-Warraq's cookbook: Wash 3lbs meat and put it in a pot. Add 1/2lb chopped onion, 4 ounces fresh herbs, a handful of chickpeas, 1 piece galangal, and 1/2 cup olive oil.  Pour water enough to submerge the ingredients in the pot. Let the pot cook until meat is almost done. Add any of the seasonal green vegetables and a little chard. When everything in the pot is cooked, add 1/2 of kashk. Pound them into fine powder and dissolve them in 2 cups juice of unripe sour grapes. Add it to the cooking pot. When kashk is done, add 6 grams cumin and an equal amount of cassia.  Add a handful of finely chopped onion. Do not stir the pot. When the onion cooks and falls apart, add to the pot 1 gram cloves and a similar amount of spikenard. Stop fueling the fire, let the pot simmer and rest on the remaining heat, then take it down. This is how to make basic kishkiyya and it can substitute for all other kinds. However, you might add variety by making it less or more sour, to suit your taste, and putting whatever other vegetables you prefer. Translated recipe for kashk: After you boil wheat and dry it, crush it coarsely and winnow it to get rid of all bran and finely ground grains (duqaq). Knead the sifted grains with enough hot water, and a small amount of yeast. Put the dough in a tub and leave it exposed to the sun.  Uncover it during the day and cover it during the night. Do this for six-days or more until it becomes intensely sour. Finely chop as many kinds of herbs as you like. However, you should avoid endive and watercress because they are not good [with kishk]. Use a lot of tender-leaf leeks, cilantro, and rue.  If you prefer to use finely chopped small round onions, do so by all means. You can also add eggplant, gourd, and cabbage. All these will make it quite delicious. Now add small and sour plum. Sour grape juice will be good, too. Knead together all the ingredients very well and leave the dough in a sunny place for five days.  Then divide it into portions, which you shape into discs and set aside to dry out. When completely dry, thread them into necklace-like links, and hang them [for storage]. If you like, you can substitute water [used in kneading the grains] with defatted sour yogurt. In this case, of all the herbs mentioned above, use only cultivated mint and parsley. Source: Dailymail
Activity
Sort

Ibn Sayyar al-Warraq is the author of the 10th century (as in 1000 years old) Kitab al-Tabikh, or the “The Cooking Book” in English – the oldest cookbook in the Arab world that was helpfully translated into English by the scholar Nawal Nasrallah. The 1000 year old cookbook is a massive compilation of more than 600 recipes from the Abbasid period, many of which are totally unrecognizable as Middle Eastern cuisine today. Besides some pretty strange and (I’m assuming) tasty recipes, it also included medicinal advice and preparations for drugs and tonics. ...

Nawal Nasrallah is an Iraqi scholar and food writer. ...

1,000-year-old Iraqi recipe claims to be the 'ultimate hangover cure' http://t.co/ZqAdB2LwsF via @MailOnline Ibn Sayyar al-Warraq was the compiler of a tenth-century cookbook known as Arabic cookbook. ... Kashk is a dairy product used in cuisines of Turkish and Iranian. It is made from drained yogurt or drained sour milk. ... 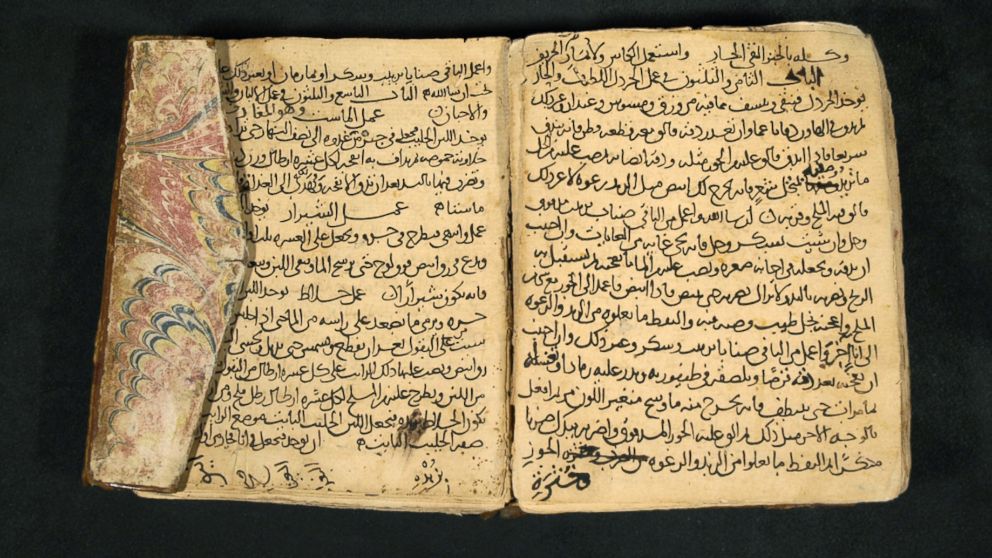 A Middle Eastern recipe uncovered in a 10th century cookbook could be all you need to cure a hangover. ...

The recipe for Kishkiyya was found in a 10th century cookbook translated by Salem-based Iraqi scholar Nawal Nasrallah in ‘Annals of the Caliphs’ Kitchens.’