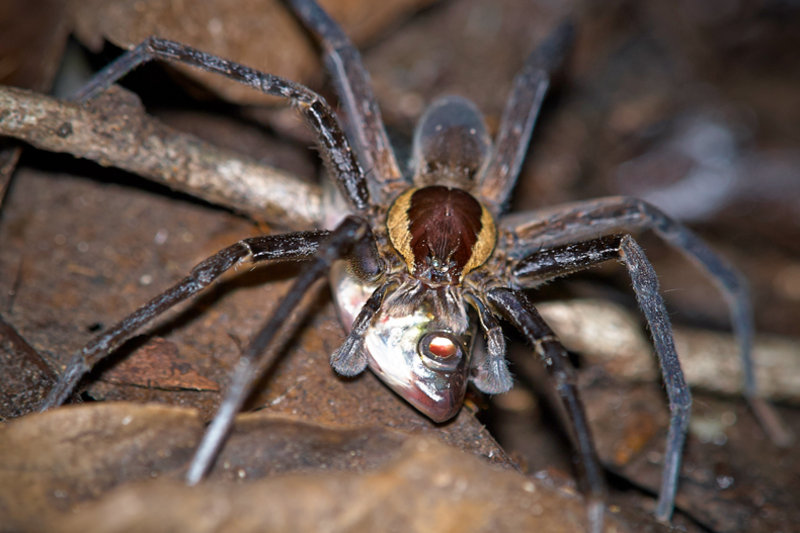 Fish-eating Spiders are Taking over the World

Fish-eating Spider species are from the genus Dolomedes. They also known as fishing spiders, raft spiders, dock spiders or wharf spiders and can be found in every continent in the world except in Antarctica.
#Animals #Small & Furry #Fish-eating Spiders
Edit
915 views
1 editor
edited 1+ month ago
Home Annotations Editors

Tip: Highlight text to annotate itX
Spiders that can catch and consume fish are found in every continent in the world — except Antarctica. That's the main conclusion of a study, published on Wednesday in PLOS ONE, in which researchers identify 18 species of spiders that have been observed catching fish. Those specimens, reports National Geographic, include the US' six-spotted fishing spiders and the UK's great raft spiders. Marie Herberstein, a spider behavior expert at Macquarie University in Australia, told National Geographic that "fish predation by spiders has always been a bit of an oddity." But the study makes a "compelling argument" that the behavior is widespread — information that she says came as "a surprise." But how do these spiders do it? According to the study's authors, they can "anchor their hind legs to a stone or a plant, with their front legs resting on the surface of the water." And since these arachnids are often "sit-and-wait predators," all a spider has to do is hang around until an unsuspecting fish, or insect, touches its legs from beneath the water. Moreover, their mouths are strong enough to pierce scaly flesh, and they can inject lethal neurotoxins into a fish as they crush it. Then, once the fish is dead, the spider can drag it to a dry spot, and inject it with chemicals that liquefy its insides, making it much easier to consume. CHEMICALS THAT LIQUEFY A FISH'S INSIDES What's perhaps most compelling, however, is that these spiders are often capable of catching fish that are much larger than they are. The authors think, for example, that the largest fish-eating spider, which weighs in at 0.4 ounces (7 grams), might be able to catch a 1-ounce (30-gram) fish. Source: The Verge
Activity
Sort

Exactly how the spiders catch the fish isn’t quite clear. But some of the fish may simply be unlucky — they get close enough to brush by a spider’s leg and trigger an attack. Death comes through venom, injected through large, piercing chelicerae, usually at the base of the head. Most die within a few seconds to minutes. Larger fish can linger for nearly an hour. To consume its meal, the spider has to find a dry spot (the aquatic arachnids find a pocket of air among underwater vegetation) where it can pump their prey full of enzymes that will digest it. ...

Fish-eating spiders are the stuff of nightmares | Science News

Spiders that feast on fish can be found on every continent but Antarctica, a new review finds.

According to a new study, spiders in 8 of the world's 109 arachnid families can catch and consume small fish. Some of them can even subdue fish five times heavier than they are. ...

A new study finds there are more fish-eating spiders, in more parts of the world, than previously thought.

An adult male great raft spiders are capable of eating a fish. ... 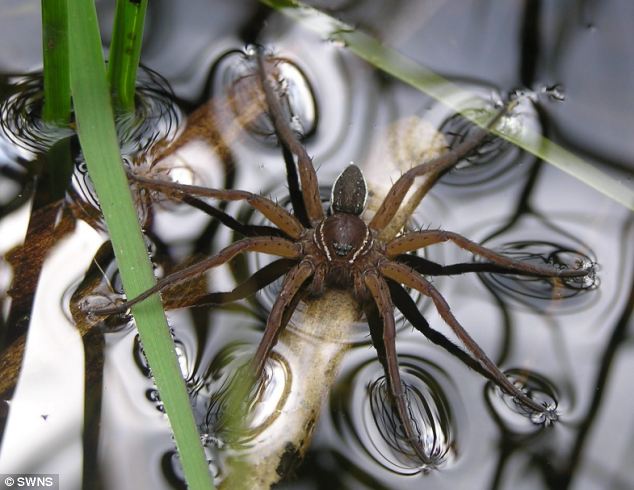 Six-spotted Fishing Spiders, the most truly aquatic of all our fishing spiders in North America. Found on the margins of quiet lakes, ponds, rivers, and streams. ...

It turns out that fish-eating spiders can be found on every continent except for Antarctica, and occurs in dozens of species. ...

PLOS ONE: Fish Predation by Semi-Aquatic Spiders: A Global Pattern

PLOS ONE: an inclusive, peer-reviewed, open-access resource from the PUBLIC LIBRARY OF SCIENCE. Reports of well-performed scientific studies from all disciplines freely available to the whole world.

Fish-eating Spider species are from the genus Dolomedes. They also known as fishing spiders, raft spiders, dock spiders or wharf spiders and can be found in every continent in the world except in Antarctica. ...

Scientists have discovered that Spiders can catch and eat fish. ...

Fish-eating spiders are taking over the world | The Verge

Spiders that can catch and consume fish are found in every continent in the world â except Antarctica. That's the main conclusion of a study, published on Wednesday in PLOS ONE, in which...

Fish-eating Spiders are Taking over the World