Tip: Highlight text to annotate itX
We call this pyramid by the name 'The Unfinished Pyramid', because this pyramid was not finished. It belongs to the last king of Dynasty Three, his name was Sekhemkhet. This pyramid was found by the Egyptian archaeologist, his name was Zakaria Goneim. When he made this discovery in 1954, it was the head of newspapers everywhere. The most amazing thing that he found was a treasure of gold. Gold shining with the Sun god Ra. He found twenty pieces of gold: bracelets and beads – an amazing discovery. But at the end, he came to the discovery of this sarcophagus. It is made of alabaster. When Zakaria Gonaim went here, he looked around here, he found that the sarcophagus was completely sealed. He went everywhere searching how he can open the sarcophagus. He couldn't. And this is why he informed the government. In that time the revolution just started, and Nasser was just becoming a hero. Gamal Abdel Nasser went for the opening of the solar boat discovery in 1954, in the same month that Zakaria Goneim found this pyramid. And he came! He came because it was published in the paper that the sarcophagus is sealed. Completely! Since 5000 years ago! That means there is something inside! All the press came here, came to this burial chamber, and Nasser and everyone. And they began to open the sarcophagus and they looked inside – it was empty. Nothing inside! But the story did not finish. That is a sad story. We have in Egypt – like everywhere – jealous people. I always call these people 'the followers of the god Seth'. The god Seth was a devil god in Ancient Egypt. All these followers, when they see someone successful, they try to kill him. When Zakaria Goneim became famous, became very important, he was in a charge of a store at Saqqara. The store was full of antiquities. A committee came without any reason to review the objects at the store. They reported that a few objects were not there. They became to accuse this honest man, Zakaria Goneim, who was not a fighter like me, he did not fight them back. And he became very sad, he even went to the casino, in Manial El-Roda in Cairo near the Nile and he threw himself. He died without defending himself. Two days later they found the missing artifacts. And this is why I'm telling this story to everyone to understand: fame is not easy, to make an important discovery is not easy. I want to say one thing: it is the first time for me to enter this pyramid. Can you believe: I'm a person, who studies pyramids and I have never been here. And I'm going to tell you: maybe no one since 1954 has entered this pyramid.
Activity
Sort

After the incident in Saqqara, he achieved some amount of fame and he wrote a book about his discovery named The Buried Pyramid. But later on, he was accused of smuggling and it devastated him. ...

Archaeologist Zakaria Goneim and his team also found a Sarcophagus chamber. Sarcophagus is a stone coffin during the ancient civilizations of Egypt. ... Gamal Abdel Nasser was the second President of Egypt and came to witness the opening of the Sarcophagus. ... 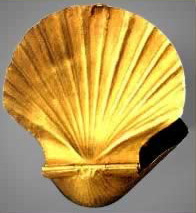 The unfinished Step Pyramid was found by Zakaria Goneim, an Egyptian archaeologist. ... 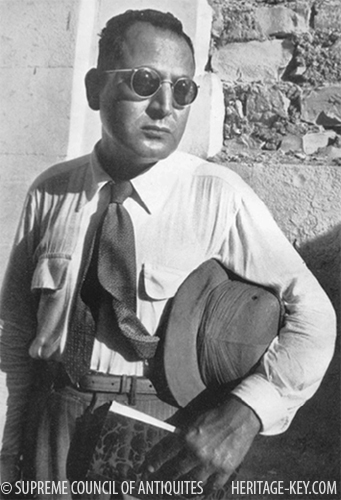 Sekhemkhet ("Powerful in Body"), was was an ancient Egyptian king of 3rd dynasty during the Old Kingdom. He was known for an unfinished step pyramid at Saqqara. ... 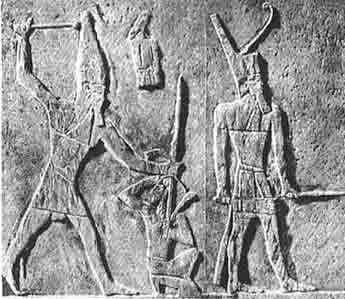 Sekhemkhet was was an ancient Egyptian king and known for his Unfinished Step Pyramid in Saqqara, Egypt. ...